Understanding the Impact of Climate Change on Health and Environmental 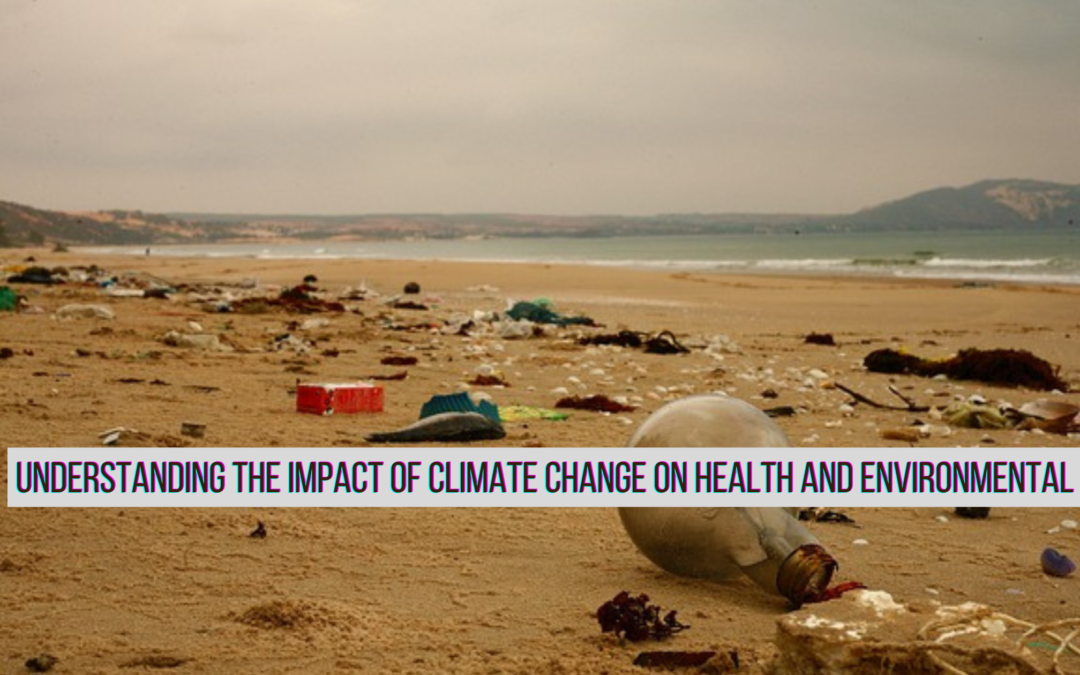 Climate change poses several threats to the environment and peoples’ health and having an in-depth understanding can help provide more insight on how to address such. The environmental consequences that are associated with climate change such as the increasing temperatures, rise in sea-level, and more extreme weather, are some of the crises that need immediate attention. Health impacts entail rise in infectious diseases, heat-related morbidity, respiratory disorders, and more.

Here are some of the effects of climate change on the environment:

Burning of fossil fuels lead to release of hazardous pollutants such as nitrogen oxides, sulphur dioxide, carbon monoxide, particulate matter, and mercury. All these are harmful not only to the environment but to human health. Air pollution has the potential of causing acid rain and eutrophication where excessive nutrients with the potential of harming ecosystems by lowering the levels of oxygen gets released back to the environment. Air pollution causes damage to wildlife, to crops and to forests.

Over 99 percent of plastic products are made using fossil fuels and about 300 million tons of plastic waste get produced each year globally. About 14 million tons of the produced plastic ends up in the ocean and in turn kills marine life and also pollutes the food chain. Plastic wastes have extreme climate consequences with the United States alone producing an equivalence of 232 million tons of carbon dioxide gases per year. The greenhouse gas emissions are more likely to rise beyond that of the coal powered plants by 2030.

Water pollution happens as a result of oil spills, and fracking fluids. The fracking well utilizes about 1.5 to 16 million gallons of water. The resulting waste water is more likely to be toxic and often has harmful substances such as chlorine, lead, mercury, and arsenic, and has the potential of contaminating both groundwater and drinking water. Oil spills have the potential of harming wildlife and communities it erodes shorelines, destroys habitat and results in the closure of fisheries and beaches.

Several mechanisms have been initiated to help reduce the impact of climate change. The United Nations have proposed various climate positive actions that should be adopted to help mitigate the effects of climate change. Green transition is one of the key proposals where organizations are expected to accelerate the decarbonization of all the different aspects of the economy. Organizations are being encouraged to invest in sustainable solutions and cooperation is required across the board as no country is capable of succeeding alone.

We cannot continue the burning of oil, coal, and gas if the impact of the climate crisis is to be avoided. Alternative clean energy should be explored and implemented to help reduce greenhouse gas emissions into the atmosphere. Transformative action should be taken in the subsequent years to completely phase out the fossil fuel economy with 100 percent transition to renewable energy. Planet warming greenhouse gases should be cut off globally if net zero emissions are to be reached by the year 2050.

Various studies have shared measures that need to be adopted across the nations if the set climate change mitigation goals are to be realized. Visit our EAT Community to learn more on such measures.